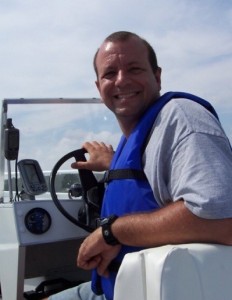 A missing persons investigation is underway in Bulloch County after deputies say a man left his home on Portal-Metter Road around 4:00 Thursday morning, and has not been seen since. Investigators say Robert Lewis Deal was driving his vehicle, a silver 2014 Dodge Ram, with Georgia tag BRD9050, when he left home. There is a firefighter tag with the number “610” on the front tag bracket, and a “610” sticker on the back window. Deal left his phone at home, so he cannot be contacted. Investigation has revealed that Deal may be endangered. The sheriff’s office says further information has indicated that he may have been seen in the Rincon area, around 9 a.m. Deal has connections with the Clarke Hill area, near Augusta. Both he and his truck are entered in GCIC/NCIC as missing. He is described as a 47-year-old white male with brown eyes, standing around 6 feet 1 inch tall, and weighing about 205 pounds.

Anyone with information on Deal’s whereabouts is asked to contact BCSO Dispatch, at 912.764.1771 immediately. Investigator Walter Deal is the point-of-contact in this case.